After visiting Istanbul, Bursa, Izmir and Cesme, we finally got to the place which we were most curious about – Cappadocia.

It’s historical region in central part of Turkey, the earliest record of the name of Cappadocia dates from the late 6th century BC.

Our starting point was in a city called Gerome which was ideal as a starting point for hiking or renting a scooter. Just a few hundred meters away from our hostel we could find this spectacular view. People have been living in these rocks and caves for many hundreds of years. 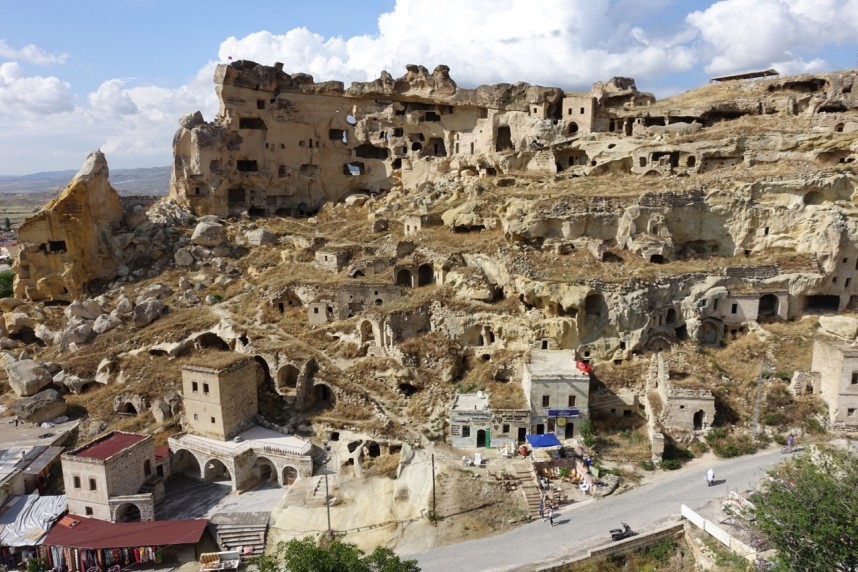 The next day we were following a trail which led us through some amazing views. We also met a group of three women who were collecting leaves, so we helped them. As reward we got something unexpected. A key. For a short time, I felt like I was in a computer game 🙂 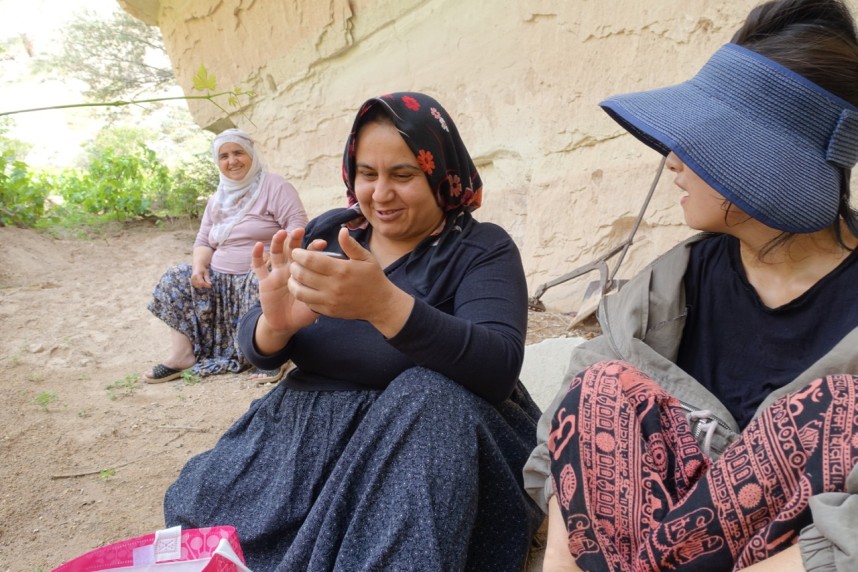 After walking 50 meters we got to a rock with a locked door. With this key we unlocked this chamber. Amazing. 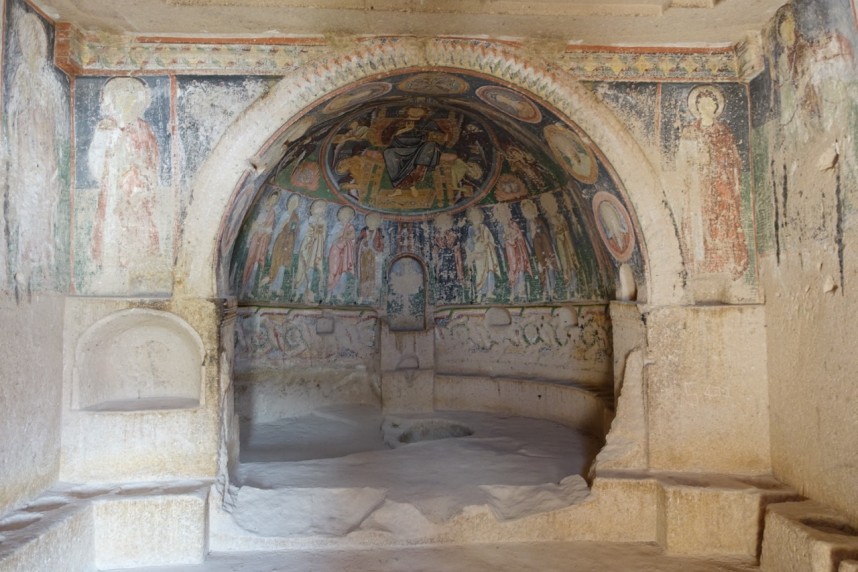 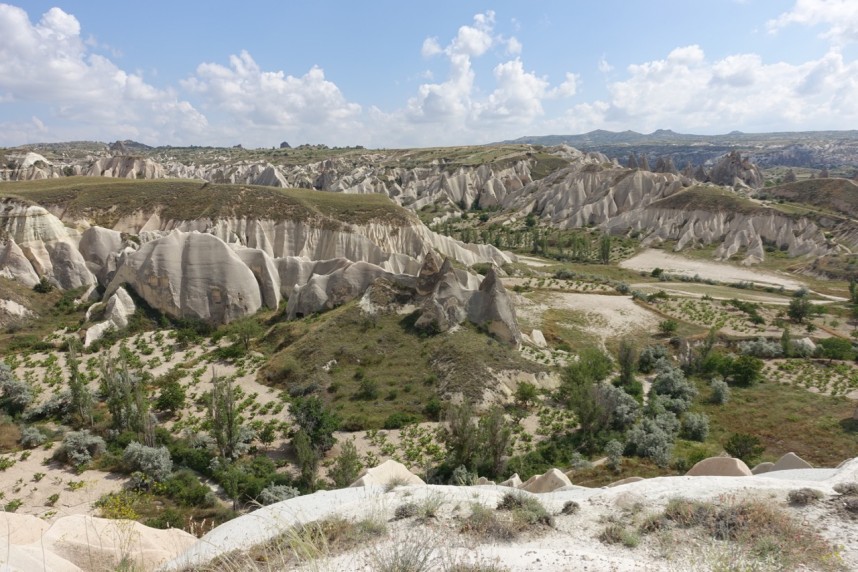 And at the end of the day Su Ji was posing as my model. 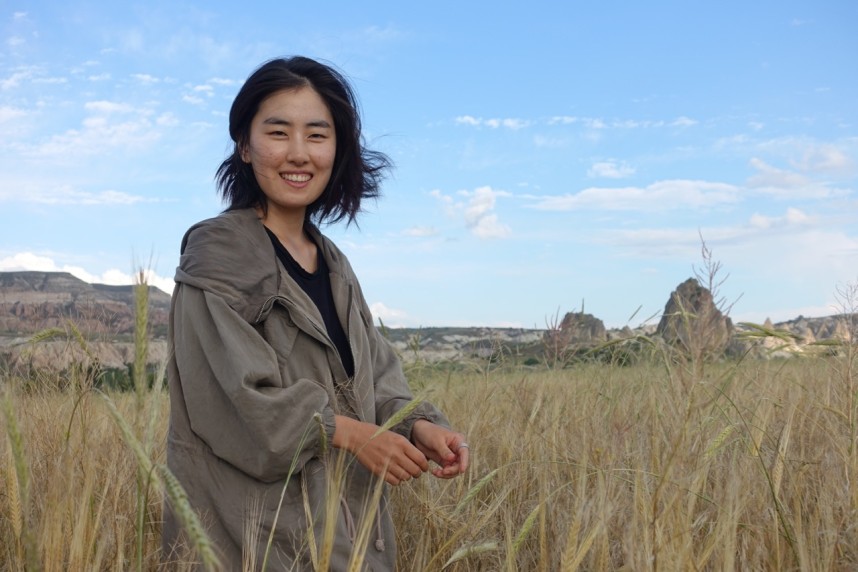 At the hostel we met a young 17 years old boy from Afghanistan, Umut. He came to Turkey for 1 year in order to earn money for him and his family. Afterwards he will return back home. The first impression often lies. It’s very easy to judge people based on their look or facial impression when you meet them.

As for Umut, he barely smiled when we met him. Only after a few days when he got used to us and told us his story.
Su Ji and I, we can travel in Turkey as long as we want, we feel really free. But he spends 95% of the time in the hostel, serving other guests and taking care of the household.
I was thinking how much different my life would be if I was born into his family.

On the day of our departure he told us he had a meeting in Istanbul in a few days and was smiling a bit. I felt happy, but I had feeling it might be a date 🙂 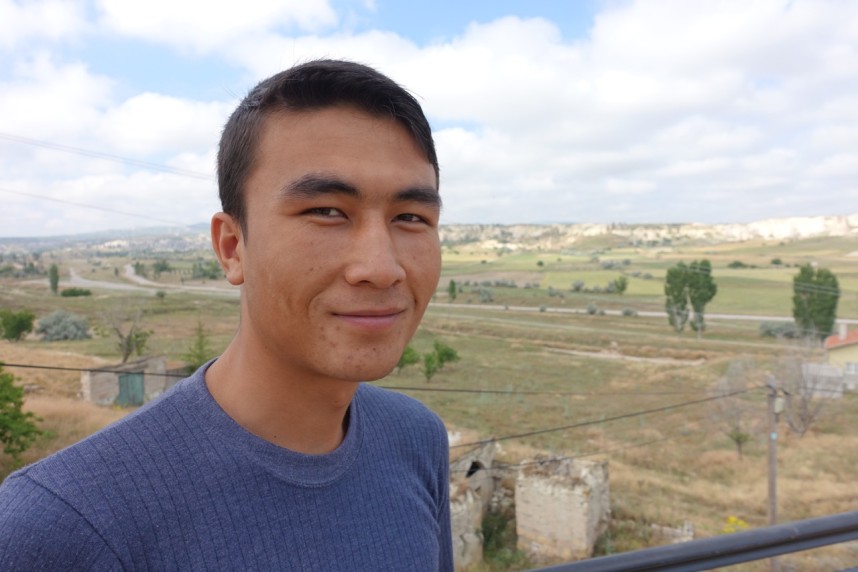 In Cappadocia I was also thinking about jealousy. Last time I wrote about Ahmed from Bursa, who was making offers to Su Ji behind my back. There was a similarly an old guy in this hostel who didn’t say anything directly, but his behavior to Su Ji made me feel uncomfortable. Should I be “more protective”? Should I watch her more?

Even after these thoughts I realized how much I dislike jealousy. Su Ji can make her own decisions and because I love her, I also trust her. Therefore, I don’t want to worry about this kind of men.
I believe that strong jealousy is also a sign of low self-confidence and I want to be a cool guy! 🙂

See you in Cambodia!