Hitchhiking to Bursa and meeting “a teacher”

The travel is only as much exciting as you make it. Therefore, Su Ji and I, we decided to try hitchhiking, since I had heard very positive feedback about the friendliness of Turkish drivers.

We were still in Istanbul and in the morning we thought that getting to Antalya (a popular touristic city on the south, 12 hours by bus from Istanbul) would be great success.
I prepared a plate saying “ANTALYA“. We found a road leading to a highway and started smiling. 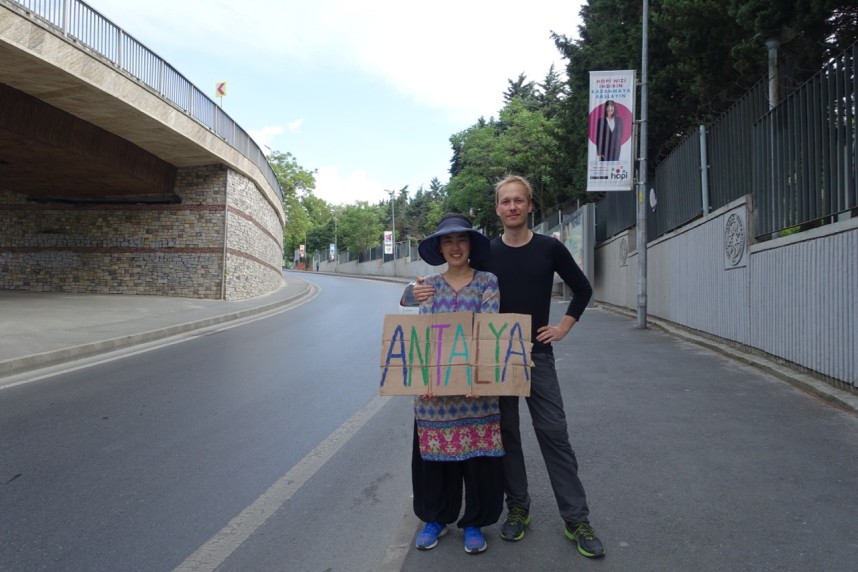 After 15 minutes one older lady told us, that we had no chance, because Antalya is too far, and plus it’s too late to catch a car at his hour. Oops, we didn’t think about it. She told us it’s much easier to catch a car heading to Adapazari which is around 160km away from Istanbul.

We listened to her advice and after rewriting our paper plate with the new city, we caught this cool guy in only about a few minutes later. He started his company 16 years ago and now he is one of the biggest distributors of digital printers in Turkey.
‘I’m happy with my life now,’ he said.
‘You know guys, you are pretty lucky, because I didn’t drive this direction for 2 years. But my grandma got sick, so I’m going to visit her.’
He advised us to skip Antalya, ‘There’s nothing to see. It’s full of tourists. First go to Bursa, then Izmir, Çeşme. Exactly. Çeşme. That is the place where local people go.’

He gave us a ride until Alikahya Fatih and then we caught another ride. A nice guy from Kuwait, Ayman. Luckily he was also heading to Bursa.
‘I want to buy a house there. Renovate it and sell again. Bursa is getting very popular in Turkey, many people come here,’ he said. ‘Do you know why? It’s one of the coldest cities in this country.’
He spoke little bit of Arabic and told us about Kuwait.
‘My country is really how, now it could around 40C there. Also Turkey is very green, but around my area, there’s nothing but desert.’
‘I’m considering moving to Turkey, I can work here as a calligraphist, which is really my hobby. On the other hand, I have a good job back home, so I’m double minded.’ 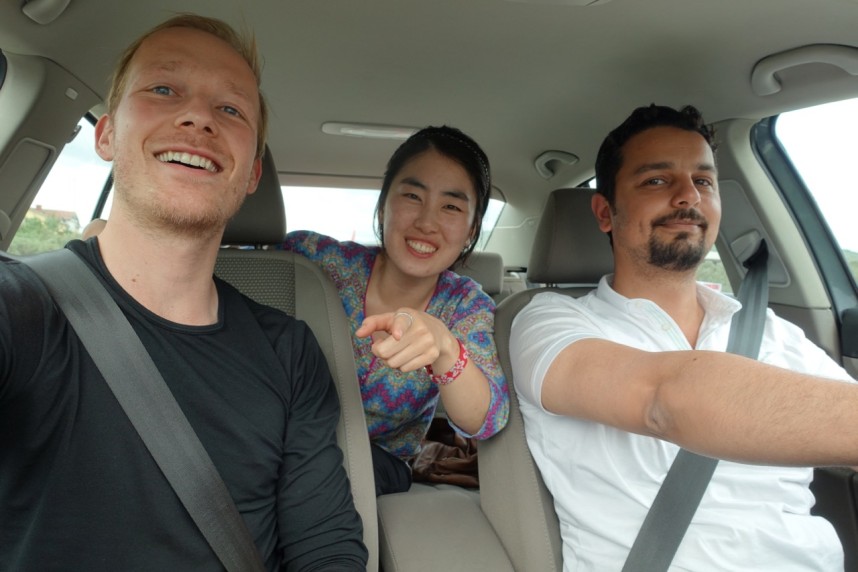 Thanks to both of our great drivers we got to Bursa quickly and safely. We didn’t have any accommodations, but it turned out to be no problem. We visited a few hotels and bargained the price. In the end we decided to stay in a small hotel, Petek hotel – 50 Turkish lira for a double room.

I immediately liked the city! Much calmer than Istanbul and fruits are sold on almost every corner. Turkish people are indeed very warm!

After few days we met a guy who stopped us on a street, teacher Ahmet (joerdem@gmail.com). He revealed good places to visit in the town and we met him again in the evening, while visiting Semi dance. He seemed to be friendly and we setup another meeting for the next day.

We met him in the evening and he showed us very nice small shops. Seems like he has friends everywhere! We discovered he was a principal in the local lyceum, which probably makes him an important person in the town. However, all he could talk about for around 5 hours was sex. Anyway, we met him also the next evening, because he still made the impression of a man who likes to share.
He showed us special places – a baklava shop with great food, a puppet shop, Sultan’s house, tea house and so on.

It was quite surprising when I found out, that behind my back he was inviting Su Ji for a tea and talked about his sexual skills.
Also – he said about me, that I must be gay, because I had only three girlfriends before I met Su Ji. Ha-ha, thank you for your judgement.
He doesn’t have a family, an even though he was talking about “real love” many times and claimed that he has a Korean girlfriend; he still seems to be a very lonely man. 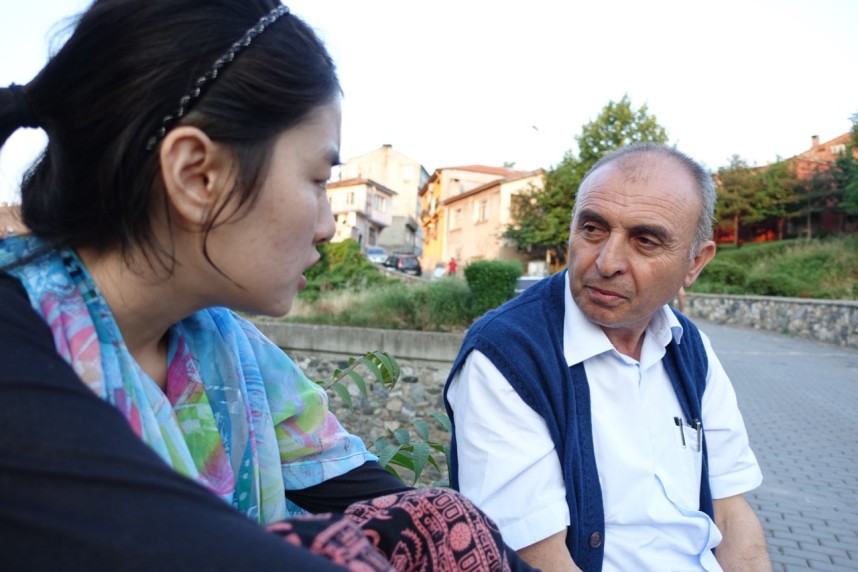 If you get to Bursa, don’t forget to visit an old village Cumalikizik. It’s around 10km away, but you can still take a bus number 22 to get there.
Definitely a nice place to spend a Sunday afternoon. 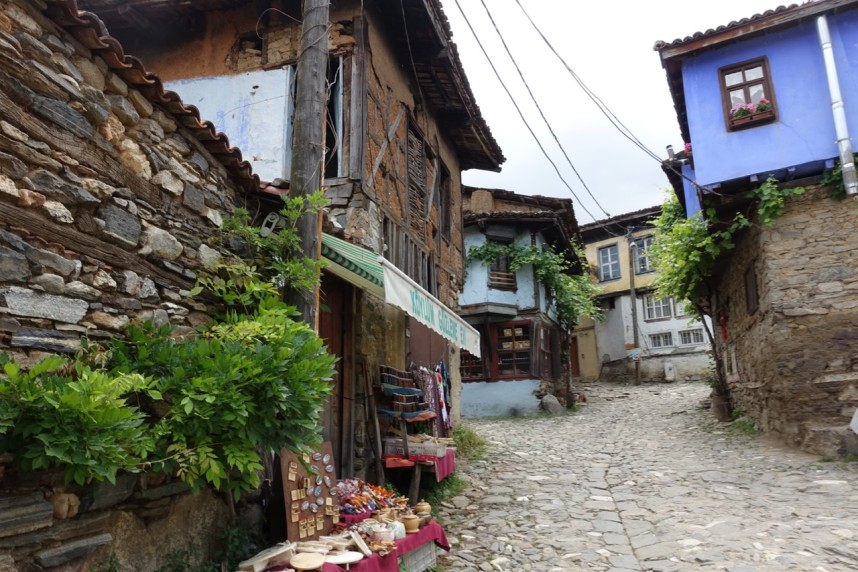 What did I learn?

Though I had a bad feeling about Ahmet already during the second day, I still tried to trust him. I should listen my inner voice more and study people; try to read between the lines.

Istanbul, the city of two worlds What happens when you offer a free watermelon in Turkey