Shanghai, China. The name of the city can be traced back to 1265. And only after 750 years, I’m here! 😀
If it wasn’t Su Ji, I would probably not include China into my itinerary for this trip. Why? I’m not sure about the answer, maybe I didn’t feel like going through the hassle with visa or because I got a picture of China from other travelers as a country of loud and “impolite” people. But that was going to change soon.

Su Ji already visited this city last year and made good friends, a Korean family living here already 10 years. We went together to visit them and meanwhile we were enjoying the atmosphere of one of the busiest cities in the world. 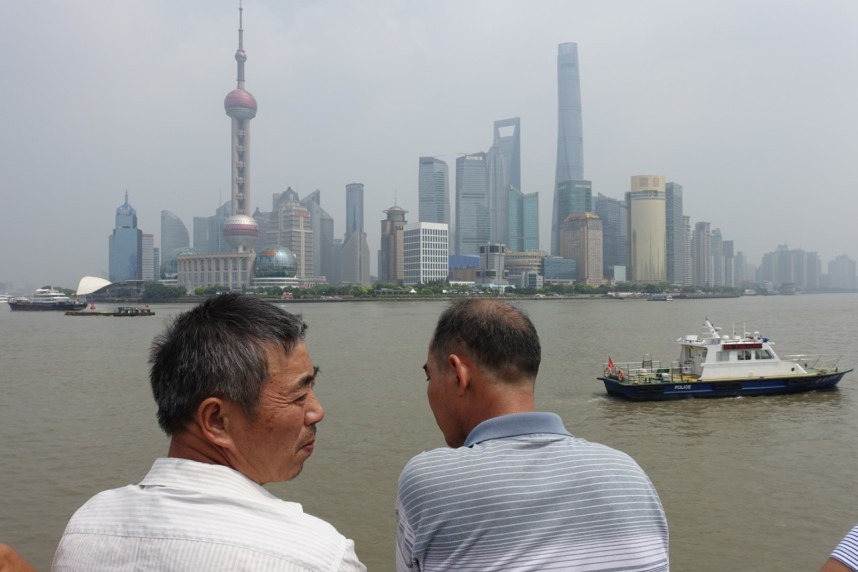 The first thing which I noticed were quite aggressive drivers who didn’t respect pedestrians, even when they had a green light.
23 million people. Everybody is busy, all main streets are crowdy and it’s not easy to find a quiet place to rest. The city gave me a similar feeling like Hong Kong or Tokio.
At the same time people felt somehow “more real“. They don’t play any games to make you feel good. If they are not happy, they don’t smile. If they like you, they let you know.

We also had a chance to visit a North Korean restaurant. I must admit I had mixed feelings about this place. It’s run by the North Korean government in order to earn money and so by eating here, we basically helped to keep the system alive.
I was also thinking about the girls working in this restaurant and about their lives. Su Ji told me that their life is very restricted and they are not allowed to move freely around the city. They stay either in their apartment or at the restaurant.
And still – considering the living condition in their country, they are still lucky to have a life like this. 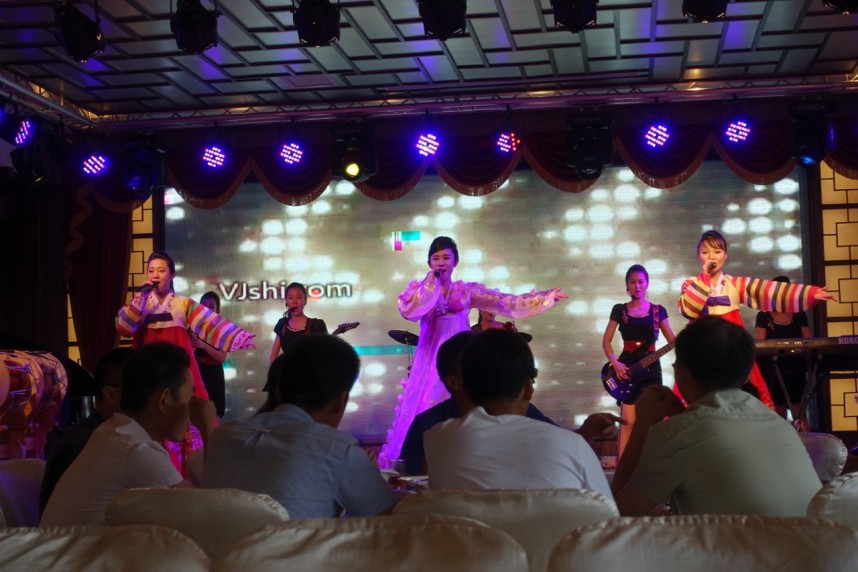 Many people complain about Chinese people and their manners, but in China I realized they don’t have any intentions to be rude. It’s the way they are, maybe it’s me who is too much sensitive. I was in China for a short time, only two weeks, so it’s hard for me to make any generalizations, but we met many nice people.
The reason why I couldn’t stay longer was the fact, that I wasn’t able to work from my computer. Gmail, Facebook, Youtube was blocked and also the internet connection was too slow for any serious job. 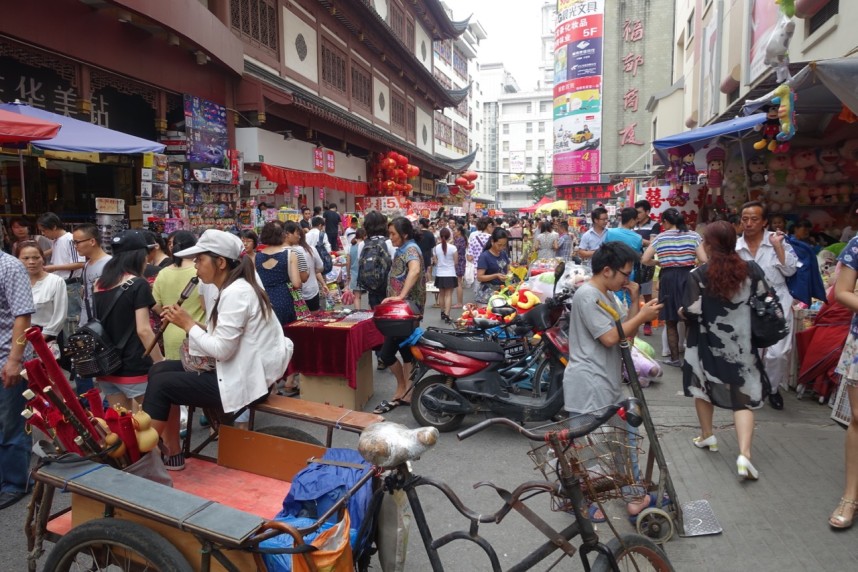 This picture has been taken in front of a school where the kids study. Leaving the classes is very organized – parents are waiting for their kids and they are coming in small groups depending on their age. 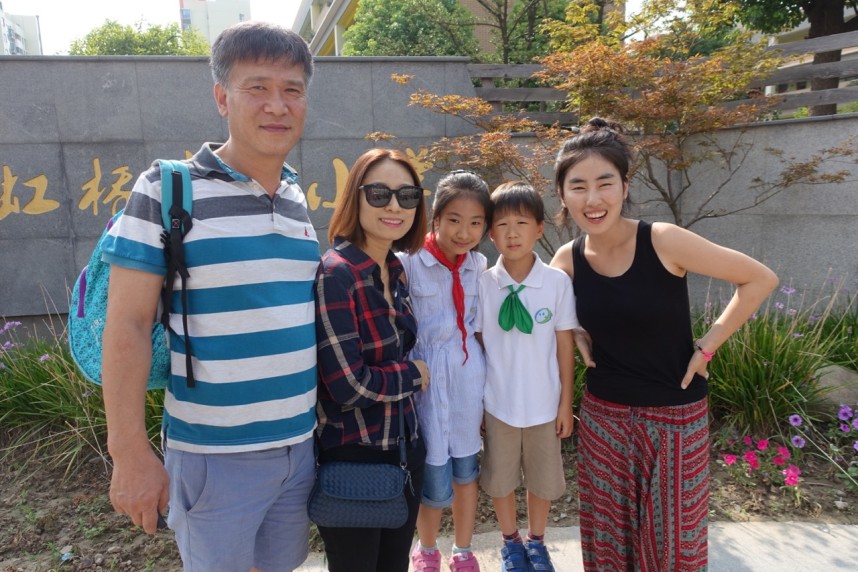 I think this was the winner amongst my photos of Shanghai. A guy smoking a cigarette next to a sign “Please do not smoke”. I wanted to make a video also, but as soon as he noticed me he left somewhere. 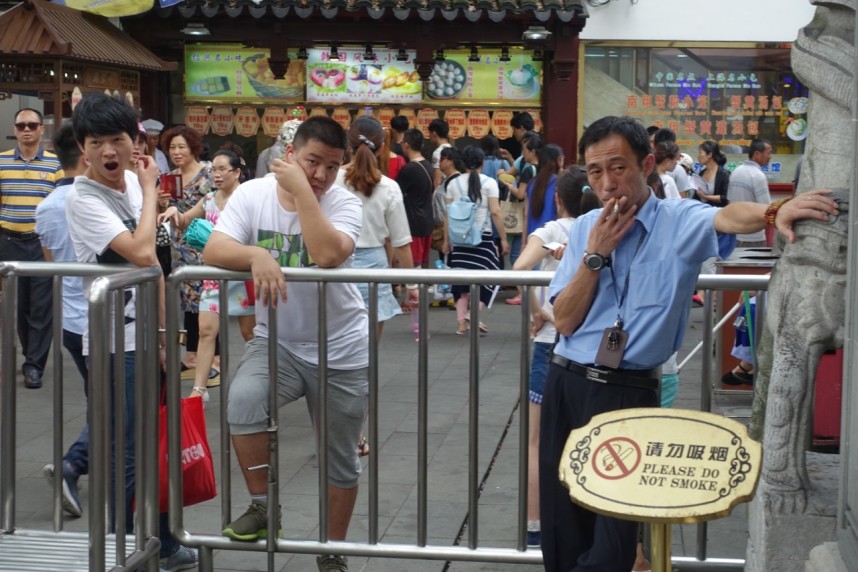 Andrej, don’t judge people. Everybody is different and has a different point of view on life. Is his/her point of view better or worse? There’s no answer on that. Just accept it and respect them.

I also finished reading a great book called “Think and Grow Rich” written by Napoleon Hill. Definitely recommended if you interested in a self-development.

Pai, a small village behind mountains 40 days in India